Julie Stryker has spent her life in the scenic streets of Charleston, South Carolina, bicycling to the local college, working at a coffeehouse, watching her family fall apart and back together. She has plans, dreams—all of which seem out of reach. Then she meets a handsome stranger at work, and she believes her life is on the brink of a much needed change. But after a tragic accident, Julie is whisked away from the only home she’s ever known and confronted with a life-altering secret: The end of the world has already occurred and a portion of humankind has been kept oblivious.

Tossed into a hidden world of deception, Julie must confront the truth within herself and reveal the government’s layers before the end of the world becomes a permanent reality. 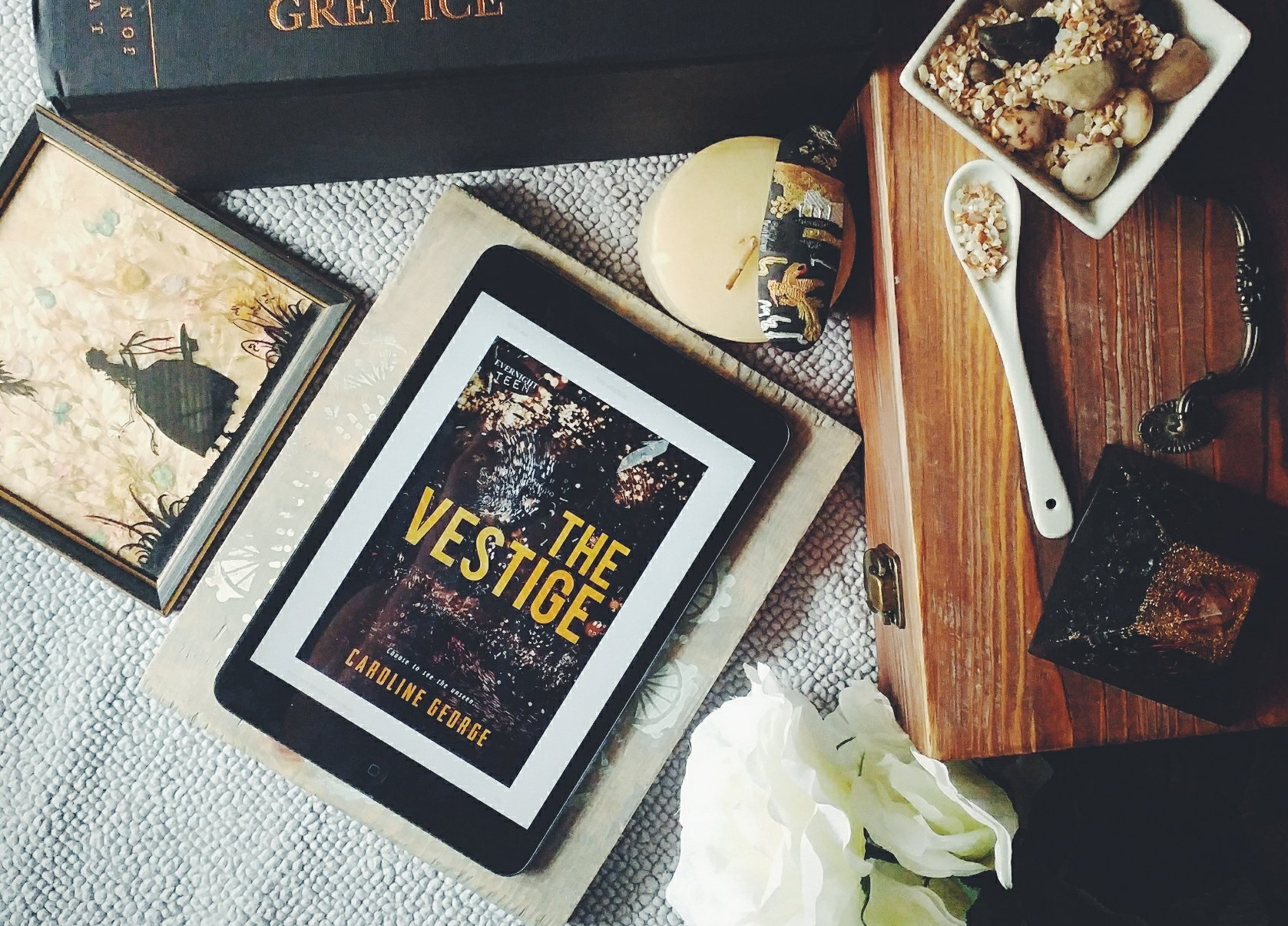 Julie is deep. Captivating. Full of emotion. I feel her pain, hear her sadness. I want to cry with her and make her feel better, stronger. Sheer vivid imagery captivated my attention from the very beginning. I’m pulled deeper and deeper into Julie’s despair. I hope she comes out, or I might not either….

This was my initial reaction to The Vestige after only a few chapters. It pulls you deep down into a grimy, depressing pit, mashes you around for a while and then eventually spits you back out as a profound new human being.

Caroline George does an inspiring job at writing almost this entire story from Julie’s perspective, much of which is spent within the confines of her own mind. Lucid and antagonizing thoughts seep through every page, allowing you to observe the scene taking place, but also what Julie is feeling deep down inside of her.

There lie the remains of America: skeletal ruins, necrotic residue. The surviving evidence of humankind is all that’s left. And it’s not enough.

Vomit shoots into my mouth and burns my lips. I must be more afraid than I realized. The end of civilization doesn’t confiscate more from me. I am still as homeless and futureless as I was before the drone launch. But I’m indescribably alone. Nobody is outside my snow globe looking in, waiting for the day when I’ll be allowed to emerge. Stuck. Trapped.

Every character within this story has their own background, minute details for some and vivid explanations for others. They all have a purpose within the story and not one of them is wasted space. Everyone places their role to perfection and is removed right when they need to be.

The love story between Julie and Jack is romantic. They are constantly fighting for their last breaths and always seem to come out victorious. This was likely the only element that I considered as overused. I think they faced death-like circumstances around 8 times in total and they always survived. Sometimes, you can overdue this and I think George did that just a bit. Thankfully there are some pretty gory scenes where they survive and it almost makes it worth it.

George, who was raised in a family who was always preparing for the coming apocalypse, does an impeccable job at creating a believable scenario where the world has ended and The Vestige must fight take back what is theirs.

Highly recommend this book for Young Adult fans and Science Fiction fans alike. Keep the readers at 14+ due to some descriptive violent scenes and references.

I want to thank Caroline George for contacting me directly and providing an eBook version of The Vestige to read and review. It has been an absolute pleasure and I look forward to her having a long and exciting career ahead of her. 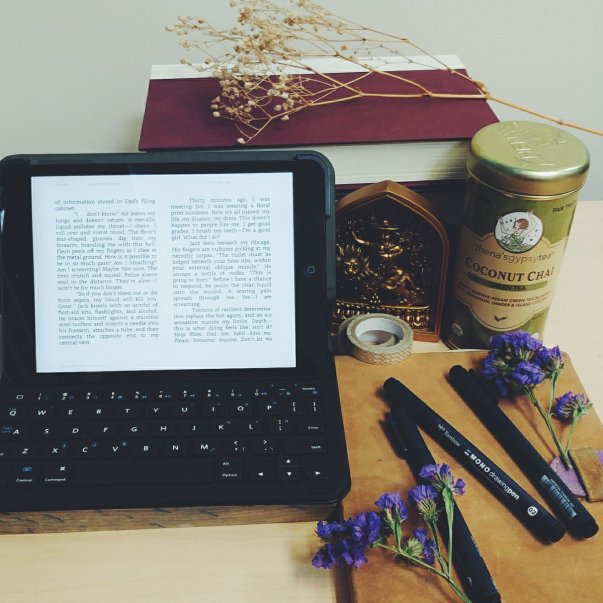