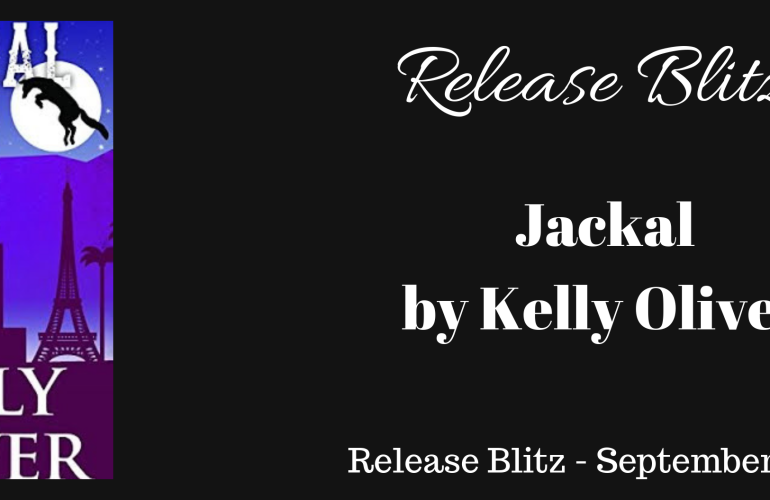 With only an old photograph to go on, spunky heroine Jessica James is sent on a mission by her dying mother to find a washed up magician called the Mesmerizer. Along the way, Jessica gets way more than she bargained for when she stumbles into a black market organ ring and learns secrets about her mother that will change her own life forever. The cast of characters she meets on her whirlwind search of Las Vegas will have you laughing out loud. With wit and grit, Jessica and her posse take on the dangerous and deadly seamy side of Vegas.
The latest from Award Winning Author, Kelly Oliver will keep you entertained from beginning to end.
Other Books in the Jessica James Mystery Series:

WOLF
A Jessica James Mystery, Book One
Publisher: KAOS Press
Published: June 2016
Voted #1 Women’s Mystery On Goodreads
Forward Magazine Award Best Mystery Finalist
IPPY Award Gold Medalist, Best Mystery/Thriller
What if the evil professor you fantasized about murdering actually wound up… dead?
Award winning author, Kelly Oliver serves up an irreverent murder mystery with flavors of hard-boiled mobster grit along with a fierce female lead readers will adore. Endearingly awkward, and downright hilarious, Jessica James is a brilliant philosopher who’s much more than curious—she’s fearless. Plus there’s Jesse’s ragtag posse—Amber, the tech-savvy hippie, Jack, a wise-cracking stoner, and Lolita, the seductive “poker Tsarina”—as the icing on the cake.
Smart, capable women shine in this cast. For anyone who has ever wanted to murder the Wolf in their life.
Amazon

COYOTE
A Jessica James Mystery, Book Two
Publisher: KAOS Press
Published: August 2016
Silver Falchion Winner
Can a 21-year-old grad student crush Goliath? All eyes on Jessica James, resident badass…
Jessica James, scrappy cowgirl-turned-philosopher, returns home for summer break, only to take on one of the biggest oil companies in the country—and its connections to corruption, sex trafficking, and murder. A murder way too close to home…
She’s not home an hour when her cousin Mike hints that a series of freak accidents at the lumber mill where he works might not be what they seem. So when Mike is killed in the saw room the day after an argument with the mill’s new owners, the Knight brothers, Jessica knows it’s no accident.
Working at Glacier Park to earn just enough money for books and whiskey, Jessica meets the secretive Kimi RedFox, who’s on a mission to stop Knight Industries from fracking on Blackfeet land. Even more distressing, Kimi accuses the Knight brothers of operating a prostitution ring on the reservation. It doesn’t take long until Jessica is pulled into Kimi’s David versus Goliath battle with the Knight brothers. Ready to fight to save Kimi’s young sisters from human trafficking, and find out who killed Mike, Jessica isn’t as ready for the surprising discovery about the accident that killed her father eleven years ago.
Fans who like their female protagonists fierce and fearless will get a real kick out of this one from award winning author, Kelly Oliver.
Amazon

FOX
A Jessica James Mystery, Book Three
Publisher: KAOS Press
Published: May 2017
GENES TO DIE FOR—AND SOMEONE DOES…
When Jessica James wakes up half naked behind a dumpster in downtown Chicago, she thinks at first the hot intern feeding her Fiery Mule Slammers slipped her a Mickey. But after a pattern of similar incidents around Northwestern Research Hospital, Jessica realizes she wasn’t raped, she was robbed. Robbed of something as valuable as life itself. Hunting for the predator drugging and dumping Ivy League co-eds, Jessica discovers secrets about her own identity that force her to rethink her past. The solution to the mystery lies in the cowgirl philosopher’s boot-cut genes.
The “dumpster girls” are all top of their class, attractive college girls, who are drugged and dropped unconscious behind dumpsters. The police are baffled. But the perp doesn’t stop there—one of his victims turns up dead. Armed with her quick wit and cowgirl grit, Jessica takes it on herself to solve the bewildering medical mystery and save herself and her friends… before they become the next grisly victims.
At Jesse’s beck and call is her longtime confidante Jack Grove, an easy-going stoner and brilliant third-year medical student in abnormal psychiatry, who has a secret crush on her. But while Jack is trying to understand the criminal mind, his classmate and rival, Max White, is trying to eliminate it through genetic engineering. Competing for Jessica’s attention, Jack and Max become the primary suspects. Meanwhile, Max has a secret of his own: he’s aiding a prominent Chicago woman in her fertility woes. And just for good measure, there’s a blackmailer afoot.
Grittier than its predecessors, and far more haunting, Kelly Oliver’s third page-turning Jessica James adventure blends a smartly-funny and delightfully complex murder mystery with a touch of medical thriller, in which Jessica and Jack battle biological crimes at the hands of a unique—and menacing—thief.
Amazon
About the Author

Kelly Oliver is the award-winning, best-selling, author of The Jessica James Mystery Series, including WOLF, COYOTE, FOX, and JACKAL. Her debut novel, WOLF: A Jessica James Mystery, won the Independent Publisher’s Gold Medal for best Thriller/Mystery, was a finalist for the Forward Magazine award for best mystery, and was voted number one Women’s Mysteries on Goodreads. The second novel, COYOTE won a Silver Falchion Award for Best Mystery. And, the third, FOX was a finalist for both the Claymore Award and the Silver Falchion.
Contact Links
Website
Twitter
Facebook
GoodReads
Promo Link
Purchase Links
Amazon
B&N
Kobo
iTunes