I won ‘How to Liv’ in EBook format during an online book party.

Title: How to Liv 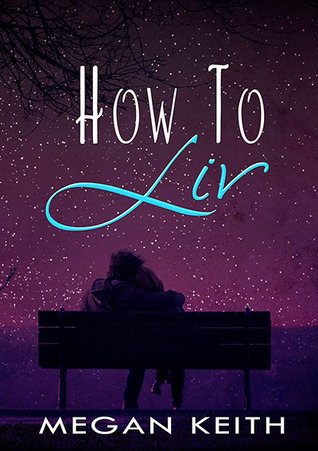 Olivia Moore is your average hard working, down to earth, Aussie chick.

Taking each day as it comes, working in a factory, Olivia is just plodding along through life. She’s resigned herself to the fact she’s not going to get her happily ever after, a husband… kids… because she has given up on men – they lie and cheat, leaving a world of pain in their wake.

Joel Turner is hard working, down to earth, sexy, kind, fun… in fact, he’s damn near perfect. Joel is exactly the type of man Olivia has always wanted. He stirs emotions in her that have laid dormant for years. He breaks down her walls, forcing Olivia to fall in love and to finally believe fairy tales really can come true.

Until she discovers something that could change it all.

We have Olivia (Liv) and Joel. They have a chance encounter at a supermarket and find that they have nearly everything in common. After a few dates they are completely absorbed by each other in what almost seemed like an incredibly unhealthy relationship. Not what I had been expecting from a romance novel.

They spend nearly every waking moment together opening themselves to their hidden sexual desires and allowing themselves to be free with one another and fully explore their desires. Both characters come with some significant baggage – Liv with her struggles to trust anyone after the pain she’s been through in past relationships, and Joel with the secret he’s carrying around. Somehow, they both get torn from each other through their own insecurities and have to fight to find their way back to one another.

‘How to Liv’ was an interesting roller coaster for me to read. It starts out swoony with these two goofy, attractive, single, middle-aged adults meeting in a supermarket. They have a ton of strange quirky things in common and the more they seem to have everything in common I was afraid that this story was going to take a creepy turn into a stalker-esque, possessor of women, romance novel.

However, that was only my own super-buried issues coming out while I was reading this. As much as we all like to think that soul mates are possible, I, too was able to find my own a long time ago under comparably strange and random circumstances. We’ve now been married for 12 years and have three beautiful children together. So I do know that someone with a shattered past can also find love – even if that means facing your own insecurities.

Anyway, my point is that this story aligned so similar with my own life that I allowed my own insecurities, just like Liv, to start betraying my ability to open up to this story. The fact that I was able to let go of my own insecurities and allow myself to immerse into the story, speaks to Keith’s ability to write a truly honest romantic novel.

This was a truly unique and engaging story that I would recommend to anyone looking for a romance novel that speaks to modern relationships. 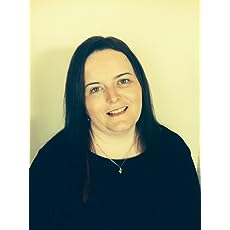 I’m a married mother of three that lives in a small town in country New South Wales, Australia. I am a bookaholic and if I am not found tapping away at the laptop, you will find me hiding from the kids with my kindle in hand. My other passion is music. I love everything from indie alternative to hard rock, pop to retro, and I love to play it LOUD!

My début novel, Finding My Way is the first in a new adult romance trilogy, Crossroads being the second and New Beginnings the third book. It’s about a bunch of twenty-somethings ‘finding their way’ in love and life.

How to Liv is a stand alone adult contemporary romance about a couple of hot Aussie sweethearts that meet by chance at the local supermarket.