Erin McDermott, mentioned earlier in our Historical Romance spotlight post, is working on a series in paranormal/fantasy romance! One of the unique aspects of McDermott’s books is that they fall in the category of clean romance, meaning that it’s generally G or PG rated in terms of its steaminess. 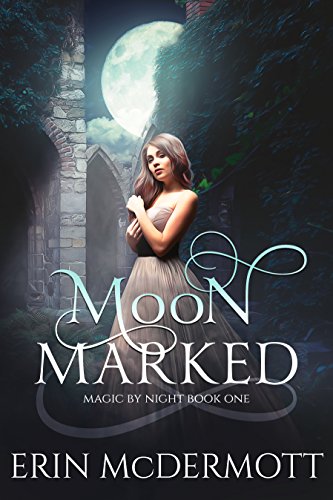 Sophia Ballance lived a simple life until her mom mysteriously disappeared. But that wasn’t when her life turned upside down. It turned upside down when she was captured in the middle of the night and given to a man set on sending her to her death – a wickedly beautiful fallen angel named Alexander.

She could do nothing to stop him. That is until the incredibly sexy werewolf, Finn, rescues her from him. But Finn will not let her return to her simple life void of immortal beings who’d rather see her dead than alive. Apparently, she is special. She is one of the last surviving moon witches, a race fallen angels want to see eradicated from earth, and it is Finn’s sworn duty to protect her.

No one has faced off against a fallen angel and lived, so Finn and Sophia are fated to live a life on the run. But Sophia soon realizes that defeating Alexander may be her only chance at returning to her family. With Finn set on running she realizes she has to escape the only person who wants to protect her – to meet with the one who wants her dead.