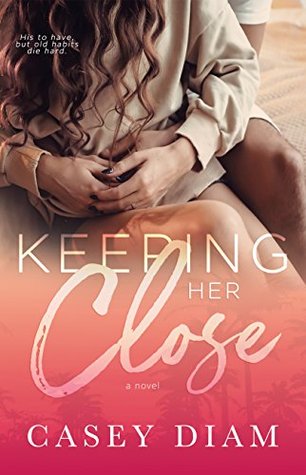 Plot: Our main characters are Brandon Kuvat and Jordan Artesian. Brandon is a billionaire playboy who’s been burned in the past and won’t let himself trust any woman again. Jordan has a traumatic past where she has been hurt and won’t open her heart for anyone.

What I loved most about this story was how it did not follow the traditional billionaire playboy model. While Brandon is clearly loaded with lots of money, there is no over-the-top flaunting of his lifestyle or his wealth. Brandon and Jordan meet during a chance encounter in the mall at Jordan’s clothing store. They are instantly attracted to one another and spend a good portion of the first half of the book fighting the charge between them and trying to be friends. Since both of have been deeply hurt in the past, they are fearful of allowing themselves to get too close to anyone again.

Another thing I enjoyed about this story, and must admit I’m starting to realize I prefer these “slow-burn” novels, is that 75% of it is spent leading to build up of them actually getting down and dirty. While there is plenty of interaction and attraction throughout the book, that slow burn working up to the event is pretty magical.

Characters: Both of the main characters are completely adorable and lovable! The fact that they both carry such traumatic emotional burdens from their past relationships but are able to still find love is heart warming and endearing. It was interesting though that Brandon seems to finally announce his burden in a way that came across as if it was easy to share, even though it had been building throughout the entire book. While, Jordan who has experienced some extremely traumatic events, carried a tremendous burden and the release of her past was overwhelming and moving.

General Feeling: Once I started this story, I had a really hard time putting it down. There was so much going on between, not just the main characters, but every person in the story had their own little side stories and experiences that helped to support the overall feel and development of the plot. Each character went through an agonizing development stage where they really had to face their own issues and either fall into the fire, or come through in the end.

There was a significant amount of loss and sadness through events that happen and experiences the characters have, but it all adds to the momentum of everything that is going on and doesn’t detract from anything at all. I greatly enjoyed this one and will be telling my romance reading friends all about it!

Synopsis: When a heart is broken, it withdraws, shielding itself from further pain, but also from further life.

Brandon Kuvat gave up on love ten years ago—the year he was set to become a dad. A wealthy playboy pilot, he still sees plenty of action, but he’s not the man he once was. Or the man he wishes he could be. The first time he encounters Jordan, he knows immediately she is different. He also knows hurting her is inevitable. Still, he can’t stay away, even if it means he’ll have to settle for a friendship—but only for as long as that can last.

Wounded by a disastrous relationship, Jordan Artesian has put her whole focus on work, nurturing her dreams of owning her own fashion line. But though her creativity blooms, the rest of her is still frozen, that is, until Brandon charms his way into her life. He’s irritating, but somehow…intriguing. She hates that she finds his charming and challenging ways attractive. He isn’t supposed to make her feel things she’s given up on feeling.

For these two, friendship will never be enough—not when she’s what he needs to heal, and he’s what she needs to feel again. But can they find their way down the path of friendship to truly love and trust one another, or will they only destroy each other’s hearts all over again?

About the Author: Some years ago, Casey rediscovered her passion for writing and hasn’t stopped writing since. Her favorite genre is romance

with a little edge which is why she writes sexy, funny, sweet, and emotional stories that are a little bit more in depth, but so much fun to read.
Casey has a ridiculously short attention span and loves her coffee and tea without sugar or milk. Apart from reading or writing, she loves to snowboard, even when she’s catching an edge and face-planting in snow. She absolutely loves it!